is an annual Lecture to honour the memory of one of the State’s pivotal Attorneys General. John Hubert Plunkett (1802-1869) arrived in NSW, from Ireland, in 1832. For more than 30 years thereafter he made a major contribution to colonial law and society, serving, inter alia, as Solicitor General and Attorney General. In 1835 he published The Australian Magistrate, the first Australian legal practice book. He was the first Australian lawyer to be granted a commission as Queen’s Counsel. He led Roger Therry, another Irish-born barrister, in the conduct of the Myall Creek Murder trials. 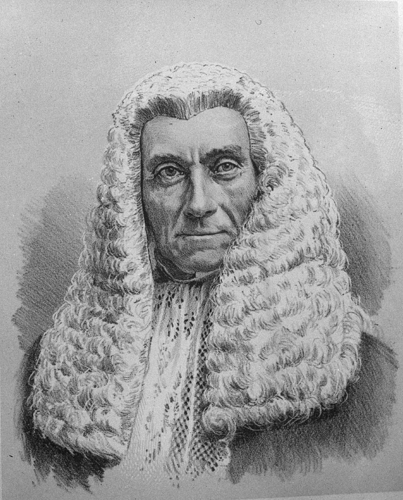 The 2019 Plunkett lecture was delivered by Professor Wilfrid Prest on Wednesday, 13 November 2019 at 5:15pm in Banco Court. Level 13 Law Courts Building, Queens Square, 184 Phillip Street, Sydney In keeping with the theme of previous Plunkett lectures, Professor Prest spoke about the office of attorney-general in the 18th century, with particular reference to Sir Dudley Ryder (1691-1756), the second-longest serving holder of that office. 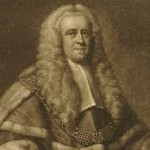 We are grateful to the Chief Justice for making Banco Court available for both lectures.

The Seventh Annual JH Plunkett Lecture on ‘The Royal Prerogative of Mercy’ was delivered by the NSW Attorney General, the Hon Mark Speakman SC MP on 29 October 2018, chaired by Tim Game SC, the Senior Vice-President of the NSW Bar Association.

The Fifth Annual JH Plunkett Lecture delivered by Professor Mark Finnane on 27 September 2016, and chaired by Arthur Moses SC, Senior Vice President of the NSW Bar Association. Professor Finnane’s lecture was titled, ‘Does the criminal trial have an Australian history? Lessons from the Prosecution Project’.

Professor Finnane discussed the changing patterns of prosecution process and outcomes, and the many actors within the criminal justice process

Dr Kelvin Widdows delivered the Fourth Annual JH Plunkett Lecture, in the Common Room of the NSW Bar Association, on 19 October 2015. The Lecture was chaired by Jane Needham SC.

The Lecture was titled ‘Sir John Latham: Judicial Reasoning in Defence of the Commonwealth’.

Professor Anne Twomey, of the University of Sydney, delivered the Third Annual JH Plunkett Lecture, in the Common Room of the NSW Bar Association, on 14 October 2014. The Lecture was chaired by the Hon JLB Allsop AO, Chief Justice of the Federal Court of Australia, President of the Forbes Society.

The Lecture examined the exercise of Reserve Powers in Victoria between 1912-1955. A paper, based on the Lecture, has since been published in (October 2014) 39 Australian Bar Review 198.

The Hon Justice Michael Pembroke delivered the 2013 JH Plunkett Lecture, in the Common Room of the NSW Bar Association, on 15 October 2013. The lecture was chaired by Greg Smith SC, Attorney-General for the State of NSW.

The Inaugural JH Plunkett Lecture was delivered by the Attorney-General of NSW, Greg Smith SC, whose topic was the contribution of Irish lawyers to the development of an identifiably Australian Legal System in the 19th Century: Plunkett; Roger Therry (1800-1874); Robert Molesworth (1806-1890); Robert Richard Torrens (1814-1884); and George Higinbotham (1826-1892). The lecture was chaired by B A Coles QC, President of the NSW Bar Association.