Lawyers in the First World War.

There have been a number of events recently to commemorate the extensive role of the NSW  Legal Profession in the First World War.

On 4 April 2018 in the Bar Common Room, The Bar Association hosted a two speeches commemorating the WWI heroism of a NSW Barrister and a NSW Solicitor.

The Hon Justice M J Slattery, Judge Advocate General of the Australian Defence Force told the story of  Percy Valentine Storkey who was awarded a Victoria Cross for his actions on 7 April 1918, in leading a surprise attack near Villiers Brettoneaux to capture an enemy force 10 times larger than his own. 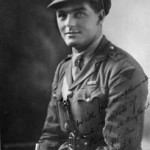 Storkey subsequently graduated in law, came to the Bar, became a Crown Prosecutor and was later a District Court Judge. Justice Slattery delivered an expanded version of his speech ton 11 April at the Sydney University Law School. Click on the following links for the speech : Storkey Speech – Sydney Law School 11 April 2018  And the Power Point: PercyStorkey – Sydney Law School speech

The President of the Law Society, Mr Doug Humphreys OAM, a senior Army reservist, told  the story of the  solicitor, Charles Melville Macnaghten, who  personified much about the experience of the NSW legal profession in WWI. 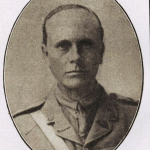 Macnaghten was a leading member of the 4th battalion AIF, a very brave soldier, who was appointed CMG in January 1916 and mentioned in dispatches for his Gallipoli service. He experienced difficulty adjusting to life after the battlefield and would have been suffering an early form of PTSD.  The speech is available on the following link  Doug Humphreys OAM Oration Charles Melville Macnaghten CMG

There are many other resources available relating to these men. Both are on the Australian Dictionary of Biography:  Click on the following: 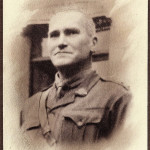 Lieutenant Edwin Mayhew Brissenden. Appointed to the District Bench while still on active service. One of three stories to be old at the event.

The centenary of the end of the First World War was commemorated by a special presentation in Banco Court on Monday 12 November at 5.15 hosted by the Chief Justice, the Hon. T. F. Bathurst. Click on the following link for details:  For Remembrance Day 2018

In addition The Website of the New South Wales Supreme Court has a section dedicated to to lawyers in the First World War comprising both an extensive collection of written materials and photographs:

The Legal Profession in the Second World War 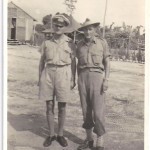 These two items are newly posted on the website for comment. Using official records, Almanacs, interviews, published histories and private records, “Doing their Bit” has been prepared to provide an overview of the extensive range of service of NSW barristers in the Second World War. The article describes the variety of experiences barristers had during that conflict: as prisoners of war; frontline soldiers in the desert or the jungles; on flying duty over Europe or the Pacific; service on the North Atlantic convoys; legal officers in all parts of the globe or as enthusiastic supporters of those who had enlisted through the (Sydney) Law School Comforts Fund.

Barristers formed a “legal circle” within the services, where news of each other’s fate could travel quickly from one side of the world to the other. The article outlines the fate of the 18 barristers who lost their lives as well as the experience of barristers who completed their legal studies after the War. Many veterans became judges and/or senior counsel, providing some of the leading members of the Bar and contributing to its distinctive character in post war decades. 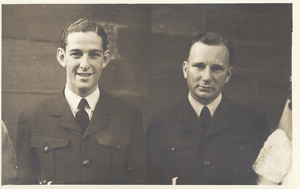 Tony’s research is ongoing. He invites comment and the provision of information or photographs touching upon that research. He can be contacted via email at acunneen@bigpond.net.au